Home Edibles What Happens if You Get Caught With Edibles?
Edibles

What Happens if You Get Caught With Edibles? 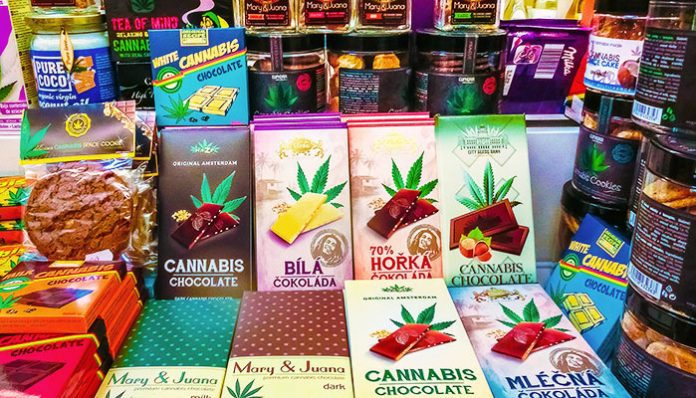 So if you’re planning to travel or move to a new state, it’s important to understand the laws governing edible marijuana possession in that state.

What States Are Edibles Legal In?

Currently, there are 19 states and Washington DC that allow possession of recreational marijuana. Most of them allow adults 21 and over to possess up to one ounce of marijuana. These states have passed laws that allow individuals to possess edibles with little or no repercussion.

However, it’s important to understand the laws in these states before you make your purchase.

Can You Go to Jail for Edibles?

Yes, in many states. In Texas, edibles are usually treated more severely than marijuana buds because they contain THC concentrate. It might result in felony criminal charges and even decades behind bars if you are caught with edibles.

If you have less than one gram of THC concentrate, you could be charged with a state jail felony. State jail felonies can result in 180 days to two years in jail and a fine of up to $10,000.

So, check your state’s laws. If it’s illegal in your state, keep your edibles at home.

What Happens if You Get Caught With Edibles FAQ

How many mg of edibles is illegal?

For both medicinal and adult-use, edibles containing THC have a limit of 10 milligrams per serving and 100 milligrams per package. If you find an edible that weighs more than 100 milligrams, it’s highly probable that it comes from a black-market firm and could be quite hazardous to your health and well-being.

In most states, edibles made with THC are not permitted. They are legal in 19 states and the District of Columbia.

Are edibles legal in Florida?

In Florida, edibles containing THC are legal. Although the use of edibles is not prohibited, they cannot have bright or primary colors to prevent them from enticing children. Lozenges, gelatins, baked goods, chocolates, and drink powders are just a few examples of edible forms.

Can edibles go through the mail?

Yes, in very tiny quantities. Mailing is simple and if you have a willing recipient, the most secure option.

Concluding on What Happens if You Get Caught With Edibles