Home Legal When Was Marijuana Made Illegal?
Legal

When Was Marijuana Made Illegal? 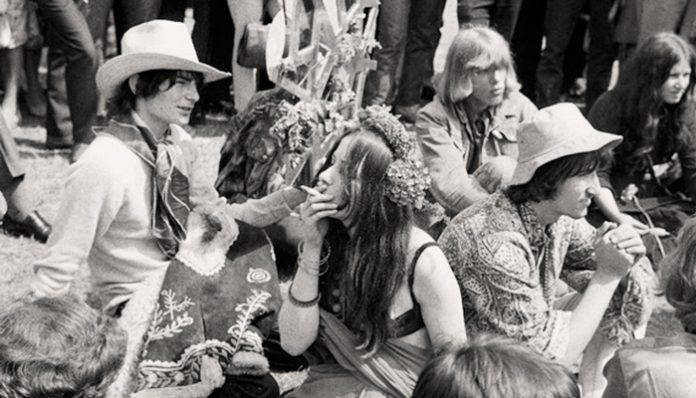 Marijuana is one of the most commonly used drugs in the world. Its use predates recorded history and it has been used for a variety of purposes, both recreational and medicinal.

Despite this, marijuana is illegal in many countries. This blog post will explore when marijuana was made illegal and why.

The History of Marijuana

Marijuana has been used for medicinal purposes for thousands of years. It was first mentioned in a medical text in 2737 BC when the Chinese emperor Shen Nung prescribed it for a variety of ailments including gout, rheumatism, and poor memory.

The Cannabis plant has been utilized by practitioners of Ayurveda since before recorded history. It has been a part of Indian traditions and rituals for thousands of years. It has been used in Ayurveda as a restorative and is used to treat sleep problems, muscle pain, stress, IBS, sexual issues, and anxiety.

Marijuana continued to be used medicinally throughout the world. In the 19th century, Queen Victoria’s personal physician, Sir Russel Reynolds, recommended marijuana for the treatment of menstrual cramps.

Why Was It Made Illegal in the First Place

At the beginning of the 20th century, many Americans’ attitudes toward cannabis changed. This was partly because of the Mexican immigrants who were coming to the U.S. at the time.

After the Spanish-American War of 1898, many people in the United States were angry at the Mexicans. Anti-drug groups quickly discovered that this hatred might be turned to their advantage.

The hatred of Mexican immigrants reached a peak during the Great Depression of the 1930s, a time when there was an abundance of joblessness. Anti-drug propagandists exploited this fear today to promote anti-immigrant policies.

Harry J. Anslinger, the commissioner of the federal Bureau of Narcotics, launched a campaign against marijuana. They claimed that cannabis created more violent crimes. Non-white and lower-class people were said to use marijuana as a result of its alleged link to violence, crime, and other antisocial actions through pseudoscientific study.

The Federal Bureau of Narcotics was established in 1930. By 1931, marijuana was prohibited in 29 states. Reefer Madness, a 1936 propaganda film, caused even greater alarm. The Marihuana Tax Act of 1937 followed soon after, making it illegal to possess marijuana. Meanwhile, the US tobacco industry was on a roll.

The “War on Drugs” was devised by Richard Nixon in 1971. It was utilized to target black people and anti-war protestors. They may disrupt those communities by linking the hippies with marijuana and blacks with heroin, then heavily criminalizing both.

The Current State of Marijuana Laws and How They’re Changing

Despite being made illegal in the majority of countries, marijuana is gradually becoming more and more accepted. In the United States, for example, 11 states and Washington D.C. have now legalized marijuana for recreational use.

Medical marijuana is now legal in 35 states. This number is only going to continue to grow, as more and more people see the benefits of this plant.

As attitudes towards marijuana continue to change, it is likely that we will see marijuana becoming legal in more states and more countries in the years to come.

Closing on When Was Marijuana Made Illegal

Marijuana has been around for thousands of years and there is no evidence that it causes violence or crime. It was banned in the 1930s due to prejudice against Mexican immigrants, and it was used as a pretext to criminalize hippies who were protesting the war in the 70s.

However, as more individuals learn about the advantages of marijuana, its acceptance is gradually increasing. As a result, it’s likely that cannabis will be legalized in additional states and nations in the future.

What Schedule Is Marijuana?

When Did Marijuana Become Legal in California?