What Is THCA vs THC? 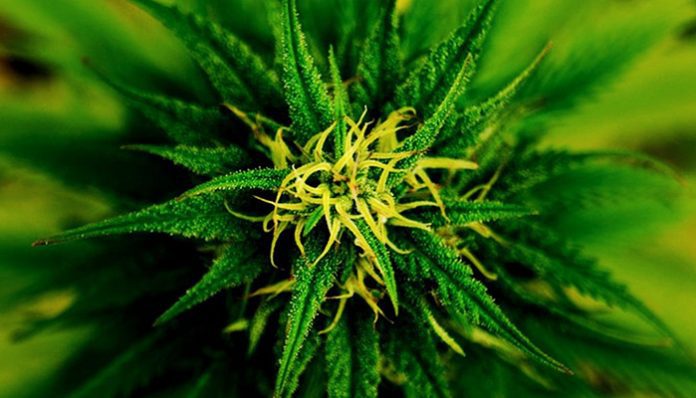 If you are new to the world of cannabis, you may get confused about the difference between THCA and THC, after all, they are two molecules that differ by just one carbon atom. Although THCA is not nearly as well studied as THC, it may turn out to have the same benefits. This post will discuss what their differences are and how they affect you.

To understand THCA–tetrahydrocannabinolic acid–it is best to go back to the beginning form, which is CBGA. CBGA–cannabigerolic acid–is considered “the mother of all cannabinoids” because all cannabinoids are synthesized from it.

When cannabis buds mature, an enzymatic process takes place within the trichomes that transforms CBGA into THCA, CBDA, and to a lesser extent, CBCA. THCA is the precursor of THC. Unlike THC, THCA has an additional carboxylic acid chain attached to it, so it does not fit into our cannabinoid receptors in the brain like THC does.

If you want the THC benefits without the psychological effects, THCA in raw marijuana leaves and flowers can be the answer. Fresh cannabis may be juiced, steamed, and eaten as leaves, or the leaves can be added to a fresh salad. The leaves can also be chopped up and mixed into salads or sauces, or used as a garnish on foods.

Cannabinoids work by imitating natural brain chemicals and connecting themselves to cannabinoid receptors in the brain. THC gets you high by binding to your CB1 receptors mimicking the effects of a neurotransmitter called anandamide that creates pleasure, eliminates pain, and counters depression.

THC can produce both euphoria and pain relief. It is also therapeutic for patients suffering from a variety of illnesses. THC has been found to help with nausea, vomiting, and loss of appetite in people who have AIDs or are receiving cancer treatment. THC’s pain-relieving and antispasmodic qualities also aid in the management of chronic and severe pain and muscular spasms, such as those seen in cancer, fibromyalgia, and multiple sclerosis.

Concluding on What Is THCA vs THC?

THCA and THC are two molecules that differ by just one carbon atom, but they have different effects on the body. THCA is not well studied, but it may turn out to have the same benefits as THC.

Tetrahydrocannabinol (THC) is the most well-known and researched cannabinoid in cannabis due to its psychoactive properties. It has been found to aid with chronic pain, nausea, vomiting, and loss of appetite in people with AIDS or undergoing cancer therapy.

THCA is the precursor of THC and needs to go through a process called “decarboxylation” to become THC. It is a non-psychoactive cannabinoid that’s extracted directly from the cannabis plant. If you’re interested in its health benefits, you can take advantage of raw marijuana leaves and flowers by juicing, steaming, or eating them as leaves or adding them to salads or sauces.

How Many MG of Edibles Should I Take?

What Is Marijuana Wax?