Home Kratom What Does Kratom Do?
Kratom

What Does Kratom Do? 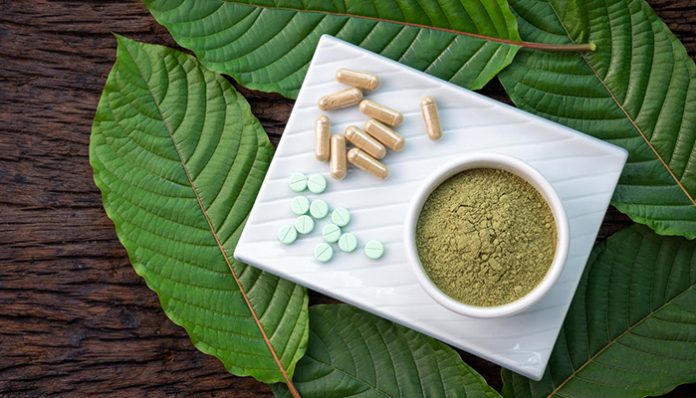 Kratom, a rainforest herb in the coffee family native to Southeast Asia, has been used for millennia throughout the region. The leaves of the kratom tree have long been recognized for their stimulant and healing properties. In recent years, kratom has gained popularity for its potential to provide relief from a variety of conditions, including pain, anxiety, and depression.

What does kratom do? Let’s take a closer look at this controversial herb.

What Is Herbal Drug Kratom and Where Does It Come From?

The herbal drug kratom comes from the kratom (Mitragyna speciosa) tree. It’s a tropical tree that grows in Thailand, Malaysia, Indonesia, Papua New Guinea, and other Pacific Rim countries. It belongs to the Rubiaceae family and can reach a height of 30 – 50 feet.

The main active ingredients in kratom leaves are mitragynine and 7-hydroxymitragynine. These compounds interact with opioid receptors in the brain to produce pain relief, sedation, and euphoria.

Kratom is mostly used as a stimulant to boost their energy levels while working in the fields. It’s also been shown to help with opioid withdrawal symptoms and chronic pain.

In the United States, kratom is often sold as an herbal supplement, tea, or capsules. You can find them online or at some health food stores.

How Does Kratom Work With Opioid Receptors?

Mitragynine, the most abundant alkaloid in kratom, is an analgesic. It’s a strong pain reliever and can help to relieve muscular tension, which also helps with pain reduction.

By binding to μ-opioid and δ-opioid receptors, it helps reduce pain by blocking pain signals before they reach the brain. These receptors are found in the brain and are responsible for pain perception.

Mitragynine also helps with insomnia and anxiety in higher doses. Many kratom users take it to help themselves calm down and relax. In low doses, it has stimulating effects, increases energy, improves mood, and motivation. It might also help with attention and cognitive performance and has psychostimulant effects.

When oxidized as kratom plants mature, Mitragynine is converted to 7-hydroxymitragynine. 7-Hydroxymitragynine has a pharmacological action similar to that of an opioid, binding partially to mu-opioid receptors in the body. This reduces pain signals but does not eliminate them. It has a more powerful opioid-like effect than Mitragynine, but it is only available in tiny doses.

While kratom isn’t considered one of the psychoactive drugs, no uses for kratom are approved by the U.S. Food and Drug Administration. FDA Commissioner Scott Gottlieb warned about the health risks of kratom.

However, kratom has been used in Southeast Asia for a long time. People generally chew a few leaves with the woody stems removed and spit out any leftover plant matter. They also smoke or brew them as tea.

Kratom is mostly used as a stimulant to help agricultural workers work for long hours in the fields, and just a little quantity is required to get the desired effects. Low dosages of kratom are less harmful than high dosages taken for an extended period of time.

For more than 5 years, 30 hardworking middle-aged men chewed 2-3 fresh kratom leaves 3-10 times per day in a preclinical study by Smith, Kline, and French Laboratories. According to the findings of this research, kratom leaves enhanced work efficiency and stimulated activity. The stimulant effect appeared in 5-10 minutes, with adverse effects such as dry mouth, constipation, dark skin, anorexia, and weight loss being reported by the participants.

Side Effects of Kratom

It is not recommended to consume the fiber of kratom leaves because the human body is unable to digest kratom, especially from the woody stems. When a person uses powdered kratom frequently in high doses, kratom leaves may accumulate in the intestines and are encased by connective tissues, resulting in “kratom bags,” which cause discomfort. These can obstruct the intestines in severe situations.

Because many kratom products and dietary supplements contain powdered kratom, the fiber of kratom leaves has yet to be removed. This is not as safe as traditional methods of consuming kratom, such as boiling it into tea.

How Kratom Helps With Opioid Withdrawal

Kratom should be used to treat opioid addiction for a limited period of time. While kratom can be addictive, its withdrawal symptoms are far less severe than those of opioid withdrawal.

Kratom alkaloids bind to some opioid receptors, producing psychotropic effects that are similar to those of psychoactive drugs and controlled substances. These potential effects can range from stimulating to sedating, and there is a potential for psychoactive plant abuse.

Because of the potential drug interactions, kratom should not be combined with other drugs, such as modafinil or alcohol, as it may can unintentional fatal intoxications or deadly risks. Kratom should not be used by pregnant women or children.

Kratom is a controversial plant that has been used safely for centuries in Southeast Asia. However, there is no currently accepted medical use for kratom in the United States. Kratom can be addictive and its effects can range from stimulating to sedating depending on the doses.

It is a promising medicinal plant that may assist persons dealing with opioid addiction in drug substitution therapy. If you are considering using kratom, it is important to speak with your healthcare provider first. It is safer to take it in low doses for a short time without fiber, such as a tea instead of powdered kratom.