Home News Can You Enter a Dispensary at 18 in Colorado?
News

Can You Enter a Dispensary at 18 in Colorado? 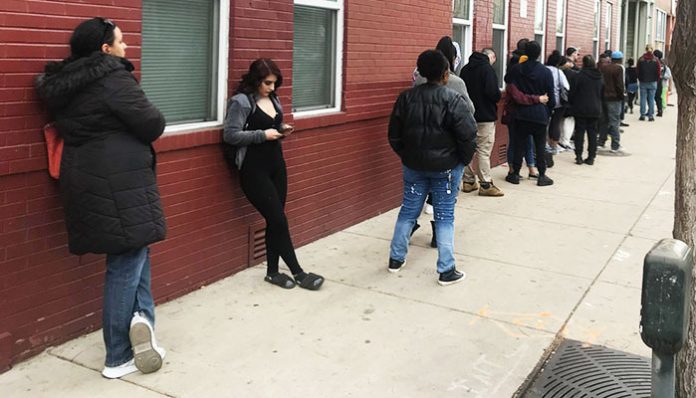 So, can you enter a dispensary at 18 in Colorado?

If you’re an 18-year-old in Colorado, you’re probably wondering if you’re able to go to a dispensary. The answer is yes. But there are some restrictions.

Keep in mind, you will not be allowed to purchase anything at a Colorado dispensary unless you’re 21 years old or older.

In this post, we’ll go over the rules and regulations regarding dispensary entry for people under 21 years of age. Keep reading to learn more about the rules in the Rockies.

Can You Go Into a Dispensary Under 21 in Colorado?

But, it’s important to remember, this violates the state’s laws.

Sometimes, this is allowed so that those under 21 can be accompanied by a parent or guardian who is over the legal age. Typically, dispensaries allowing minors inside will have a separate waiting area for them.

It’s important to note that even if a dispensary allows minors on the premises, it’s still illegal for them to purchase or consume cannabis. If you’re caught doing so, you and the dispensary may face harsh penalties, including jail time and steep fines.

Can you enter a dispensary at 18 with a medical card in Colorado?

Can I go to a dispensary in Colorado without a card?

How old do you need to be to enter a dispensary in Colorado?

Closing on Entering a Dispensary at 18 in CO

If you’re an 18-year-old in Colorado, you’re probably wondering if you’re allowed to enter a dispensary. The answer is yes. But you’ll likely have some restrictions.

Medical marijuana patients with a valid MMJ card can enter a dispensary, but they will not be able to purchase anything on their own. And, recreational dispensaries only allow people who are 21 years of age or older inside.

So, while you can technically enter a dispensary at 18 in Colorado, it’s important to know the laws before doing so. Breaking the law can result in harsh penalties, including jail time and steep fines.

Thus, if you’re not sure about something, it’s always best to err on the side of caution and consult with an attorney. Otherwise, you could end up in hot water.

Ultimately, whether or not you enter a dispensary at 18 in Colorado is up to you. But, it’s important to know the risks before making your decision.

We hope this article has been helpful. If you have any further questions, please don’t hesitate to reach out to the Alpacannabis team!

Note, the statements made in this article are not legal advice. Make sure to consult with a legal professional before entering a dispensary at 18 years of age or bringing a minor into a dispensary in Colorado.

When Did Michael Phelps Test Positive for Marijuana?