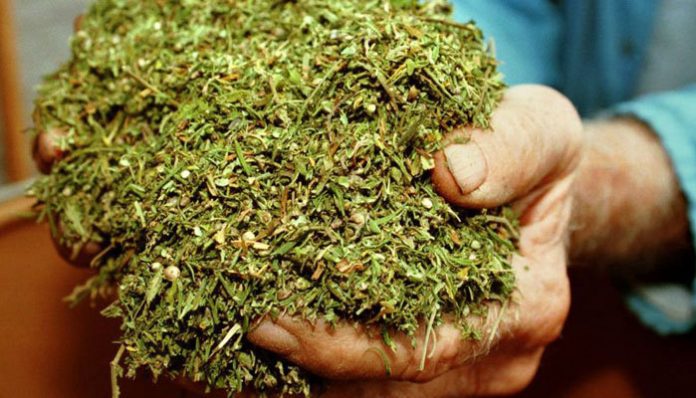 Small cannabis growers in California would be able to sell their harvest directly to consumers at farmers markets under a new bill approved this week by a legislative committee.

The measure, Assembly Bill 2691, was approved on Tuesday by the Assembly Business and Professions Committee by a vote of 10-1. It now heads to the full Assembly for a vote.

If passed, the bill would allow small cannabis growers to obtain a license from the state to sell their products directly to consumers at farmers markets and other events. The bill’s author, Assemblyman Jim Wood, says the measure would provide much-needed relief for small growers who are struggling to compete with larger businesses in the state’s newly legal cannabis industry.

Small cannabis growers in California would soon get a new way to make money under a bill introduced in February. The measure, if passed, would allow growers with no more than one acre of land under cultivation to get temporary event retail licenses. These licenses would only be valid at events including cannabis farmers markets, which are already operating in compliance with existing law.

In a statement about the legislation, Assemblymember Jim Wood, who represents a large swath of California’s famed Emerald Triangle cannabis growing region, said that the bill would give small growers a new revenue stream many desperately need. Wood added that the measure would also help to increase access to cannabis for consumers, who would be able to buy products directly from growers.

The bill still needs to be passed by the state legislature and signed by the governor in order to take effect. Many observers believe that it has a good chance of passing, given the strong support it has received from cannabis growers and consumers alike.

If passed, this bill would give small cannabis growers a new way to make money by selling directly to consumers at cannabis farmers markets. It is seen as a positive step towards increasing access to and affordability of cannabis for consumers. However, the bill still needs to be approved by the state legislature and signed by the governor before it can take effect. Nevertheless, many observers believe that it has a good chance of being passed given its strong support from both growers and consumers.

“It is no secret that cannabis businesses throughout the state are struggling, whether it’s taxes, compliance costs, competing with the illicit market or other challenges, but the focus of AB 2691 is to help legal cannabis farmers who grow less than one acre of cannabis get consumer recognition for their unique products, much as has been done for craft beer, artisanal wine and other family farm agricultural products,” Wood said.

“Giving these smaller farmers opportunities at locally approved events to expose the public to their products increases consumer choice and offers farmers a better chance to reach retail shelves which is their ultimate goal,” he further explained. “This is not about circumventing retailers, but growing the industry overall.”

Small cannabis cultivators have a new opportunity to participate in the cannabis industry. AB 2691 provides a special event retail license for qualified growers. The cultivator must be licensed by the DCC and local authorities, and may not have more than one acre of cannabis under cultivation. This is a great opportunity for small growers who want to participate in the legal cannabis industry.

AB 2691 is supported by craft growers groups including the Origins Council, which represents about 900 growers in California’s historic cannabis cultivation areas. This legislation would benefit most of the Origins Council’s members. Genine Coleman, executive director of the advocacy group, said that the legislation would allow small cultivators to access the legal cannabis market, and to compete with larger cultivators.

“The vast majority of them are producing half an acre or less of cannabis, so this is definitely a huge potential opportunity for our membership,” Coleman said. “For small-scale producers to have direct marketing and sales opportunities with consumers is really critical.”

Drew Barber, an owner-operator of East Mill Creek Farms and one of the co-founders at Uplift Co-op, explained that he believes this legislation has the potential to offer cannabis growers the opportunity to share their stories with consumers. Then, consumers would have the chance to connect with their preferred brands.

“This bill could patch up a really needed missing piece to the puzzle for us as cultivators of high-end cannabis,” Barber explained to the Lost Coast Outpost. “The ability to connect with our consumers in this day and age seems like one of the major assets that could and should come along with regulation, right? The consumer should know who is growing their weed. We feel like our stories say a lot about both the quality of the product as well as the types of farming that we do.”

Ross Gordon, the policy director at the Humboldt County Growers Alliance (HCGA) and policy chair at the Origins Council, says that he believes AB 2691 has the potential to aid the cannabis industry in obtaining more recognition as a legitimate agricultural enterprise.

“For us, this bill is a major step forward in recognizing that cannabis farmers are farmers, and we need access to the same types of sales opportunities that allow other small farmers to sustain a livelihood,” he said. “Every step towards normalization, whether it’s the conversation around cultivation taxes or farmer’s markets, brings us closer to a point where cannabis is treated at parity with other agriculture.”